Well, it has certainly been quite some time since I have last made an entry—nonetheless sewed! (Ahh, graduate school.) But as I have been approached by my boss to make and wear an ensemble for the Grand Reopening of the William Andrews Clark Memorial Library, as well as run a booth on early modern material culture, I naturally agreed to do so with much excitement; because geeking out over material culture is something I simply live for.
As I wanted my ensemble to reflect the early modern holdings within the Clark Library’s collection—many of which are printed matter and manuscripts from the 17th century, I naturally looked to one well-known set of bound plates that has proven indispensable for Caroline and Stuart-era costume research; Wenceslaus Hollar’s Ornatus Muliebris Anglicanus.

A few weeks prior, I had stumbled upon this volume of plates in the stacks, and Hollar seems to follow me everywhere it seems. It was as if the the universe (or Hollar’s ghost) was screaming at me to summon up enough resolve and finally make wearable dedication to my most beloved era of costume history; the late 1630’s, as I have been yearning and meaning to do for the last few years. For the sake of this project, I have decided to not stick with a faithful reproduction of a single plate, but draw up my inspiration from these two plates in particular:

Loving the jacket-style bodice and falling band on the left, but I also love the muted simplicity of the one on the right…

Another inspiration is this painting of Queen Henrietta Maria by an unknown artist after Van Dyck:

The lace! the pearls!

I could seriously get lost in the 17th century. But as I’ve spent most of this week stumbling about in imagery and research-ville, I had to get seriously started on this.

I have acquired 7 yards of heavyweight dark silver silk taffeta, and a few yards of look-alike bobbin lace for the falling collar:

I am basing this bodice after the fantastic and rare 1630’s example in the V&A, and patterned out in Susan North and Jenny Tiramini’s Seventeenth-Century Women’s Dress Patterns v.1: 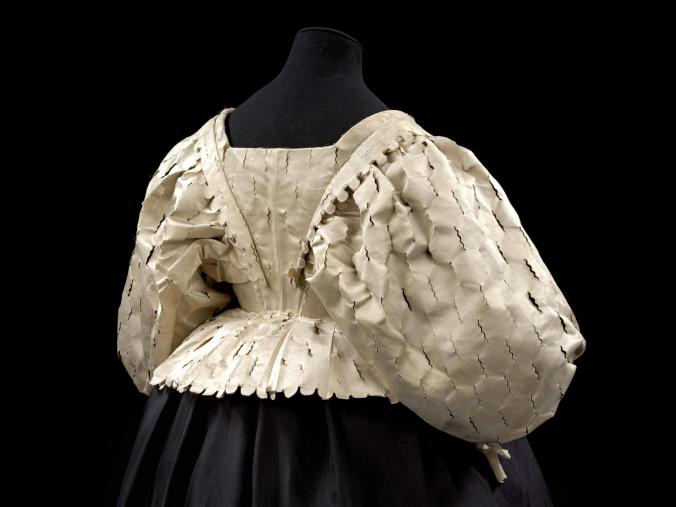 I am however taking some liberties: I will not be slashing the silk since most events I do are outdoors and it would be liable to snag. I am also on the fence over whether I want to have open tabs or a closed-peplum style with gores.

While the bodice itself is a simple construction of only 3 pieces (two fronts, one back) I have spent the majority of today trying to get the fitting just right—which I must say, is a hard thing to do when you’re full-figured and drafting from an extant example. I will have to draft my own stomacher (easy-peasy) as none have survived with this dress example. Maybe I will add some pearl swags in the style of Queen Henrietta… 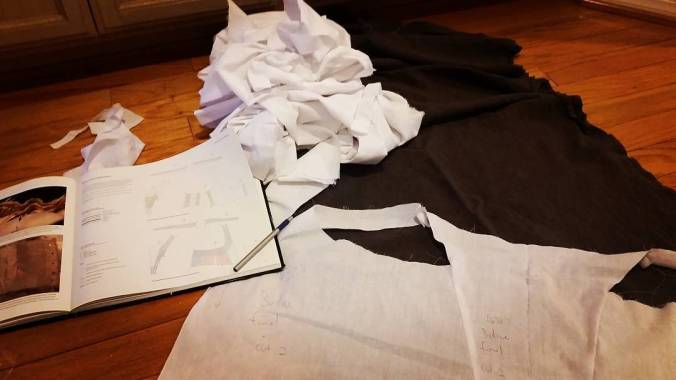 After 7 attempts, we have a working foundation! Hurrah!